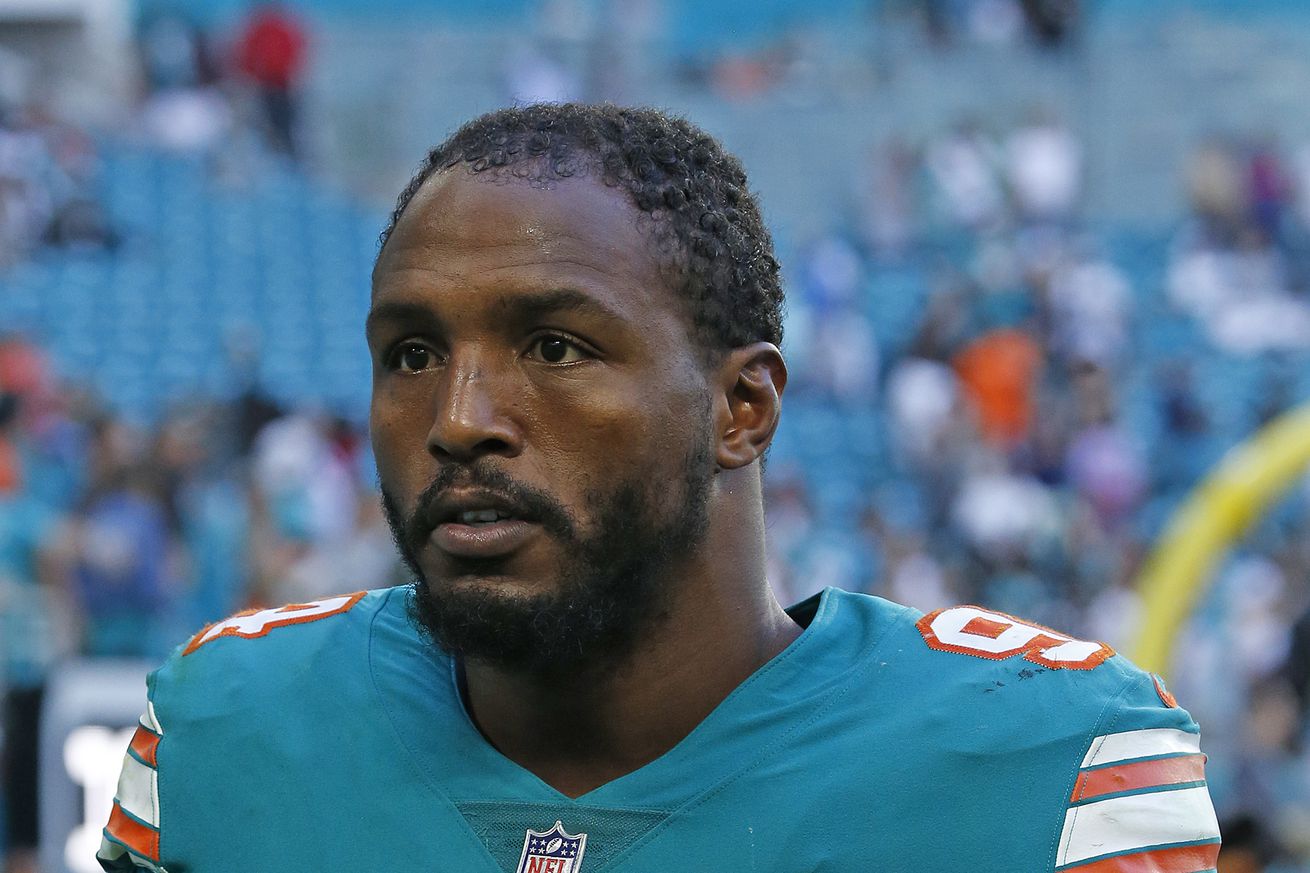 The Cowboys are sure happy to have Robert Quinn back in the fold as they deal with a few injuries.

If there is one area the Cowboys need to improve upon early in the season, it is sacks. They have just two in two games. In his eight seasons, Quinn has 69 career sacks in the regular season with a high of 19 in 2013. He had 6.5 sacks last season, which would have been second to DeMarcus Lawrence’s 10.5 on the Cowboys.

”Awesome level of professionalism, no doubt about it,” secondary coach/passing-game coordinator Kris Richard said. “First and foremost is the guy. He’s an awesome human being. Just having a short amount of time that we’ve been able to be around him, we love him. He gives us great effort. He comes to work. He works really hard every day and he cares about his craft. And then after that, he’s a tenacious pass-rusher. He has a high standard for himself and he’s been a top-notch player in this league for years now, so it’s like that’s what we expect. We expect him to come back and get right back into the groove.”

It is just a coincidence that the team that traded Quinn to Dallas in the offseason, the Miami Dolphins, are the first team he will see in his return on Sunday at 1 p.m. ET (Fox).

The 29-year-old Quinn, returning from a two-game suspension for violating the NFL’s ban on performance-enhancers, appears set to play Sunday after missing most of training camp with a broken left hand.

”Just get a ‘dub’ for the team,” Quinn said when asked if facing the Dolphins (0-2) added anything to his debut for Dallas (2-0). The two-time Pro Bowler spent one year in Miami following seven seasons with the Rams, who drafted him 14th overall in 2011.

”I realize, don’t try to make things more than what it is. Me just coming back, the team’s been doing well. I’m just coming back, trying to contribute as best as I could and not try to let this team down in any way, shape or form. I don’t want to overwork myself, overhype myself.”

Jason Garrett press conference: Cowboys HC says Robert Quinn is looking good in return from two-game suspension - RJ Ochoa- Blogging The Boys
Coach Garrett met with the media on Thursday and he likes what he sees from Robert Quinn as he makes his return from a two-week suspension.

Robert Quinn did a good job on Wednesday

Tyrone Crawford isn’t anticipated to do anything, Tavon Austin in concussion protocol still

It seems more and more like Crawford is going to miss Sunday’s game, and Garrett did note again that Tavon Austin is doing better at least.

DE Tyrone Crawford Could Miss This Week, Maybe Longer - Nick Eatman - DallasCowboys.com
Tyrone Crawford has been dealing with a nagging hip injury and it's likely to keep him out a week, if not, longer.

While Crawford isn’t expected to play against the Dolphins, his status for the Saints (Sept. 29) or Green Bay (Oct. 6) is also in question.

While there’s never a good time to be without a defensive leader, the Cowboys at least get some help in Robert Quinn, who is coming off a two-game suspension. Quinn could start at right defensive end, but the Cowboys also have Kerry Hyder and Dorance Armstrong to form a rotation with Lawrence and even rookie Joe Jackson.

At defensive tackle, there could be a change as well. Antwaun Woods will miss the game with a knee injury, Stephen Jones confirmed as well. But just like with Crawford and Quinn, the Cowboys have a well-known replacement for Woods in second-round pick Trysten Hill, who could make his NFL debut if he is active this week.

Charlton never lived up to his first-round draft status in Dallas, tallying four sacks and 46 total tackles in 27 games over the course of two seasons. He was inactive for the first two games of the season after an offseason that saw Dallas fail to find a trade partner.

Charlton made a Twitter plea on Monday for the Cowboys to “free me” that he later deleted. Dallas, once again unable to find a trade partner, waived him two days later as they made room on the roster for defensive end Robert Quinn, who was activated following a two-game PED suspension.

It was time: Why Cowboys releasing Taco Charlton made sense for both sides -David Moore- Sportsday DFW
The much maligned Taco Charlton got his wish as the Cowboys have parted ways with him before the end of his rookie deal.

Wednesday’s separation has more to do with temperament than talent. Charlton doesn’t possess the edge the Cowboys demand from their defensive linemen. The relentless drive defensive coordinator Rod Marinelli requires from his players, the constant sprinting to the ball even if the play appears out of reach, was too sporadic.

Charlton gave effort. But rather than push beyond his limits he too quickly accepted his limitations. Rise to the challenge? Too often he would become discouraged.

The Taco saga: Why he was drafted in the first place, and why the Cowboys were smart to let him go -DannyPhantom- Blogging The Boys
The Dallas Cowboys officially released Taco Charlton, leaving a bad mark on an otherwise great first-round track record for the front office. Check out the thought process of why he was drafted and the events leading up to his release.

Backup plan - take one of their top edge rushers

Plan B was centered around defensive ends Charles Harris and Takkarist McKinley, both of whom Dallas brought to The Star for a pre-draft visit. Harris went off the board to Miami at 22, and the Falcons traded up ahead of the Cowboys at 26 to take McKinley.

The team was hoping one of these edge rushers fell to them at 28, and one would have if the Atlanta Falcons didn’t finagle a deal to jump in front of Dallas. With both those guys now off the board, the team again had to look at their next best options. The next three players on their board were CB Kevin King, OLB T.J. Watt, and DE Taco Charlton.

Matchups: CB Byron Jones will have to limit deep shots to Dolphins' WR DeVante Parker
The Dolphins don't have a ton of offensive firepower but they tend to throw deep when all else fails. Byron Jones better be ready to cover DeVante Parker.

The Miami Dolphins are void of offensive skill on the outside -- with the exception of DeVante Parker.

In this matchup both Byron Jones and Chidobe Awuzie had better be prepared for the ball going down the field to Parker. The Dolphins lack explosive plays and this is the one way for Ryan Fitzpatrick and the offense to generate those chunk plays. Parker has the size and athletic ability to pull off those opportunities where the ball is 50/50. It was evident in the Baltimore and New England games that, when the Dolphins went the route of just throwing the ball up to Parker, they had an advantage. Parker’s length is going to be a problem, along with Fitzpatrick’s willingness just to let it fly.

Where Jones will have an advantage in this matchup is with his leaping ability. Running with Parker will not be a problem for him at all, so how well he positions himself and then finishes will be the key. Jones is a true pro when it comes to tracking the ball. We saw that last week against the Redskins when, on the first snap of the gam,e Case Keenum tried to find Terry McLaurin down the middle of the field. Jones was step-for-step with him and even had a chance to come down with an interception.

I don’t believe it’s a wise plan for the Dolphins to test Byron Jones in this manor, but they really don’t have much of a choice given the lack of offensive weapons.

Josh Rosen starting versus Cowboys -Kevin Nogle- The Phinsider
There will be no "Fitz-magic" as the Dolphins make a last-minute change at quarterback before matchup with Cowboys.

The move comes after Ryan Fitzpatrick struggled to find a rhythm with the offense in the first two games of the year. Miami lost to the Baltimore Ravens and Dallas Cowboys by a combined 102-10 score.

Miami traded a second-round pick to the Arizona Cardinals during the 2019 NFL Draft for Rosen. The move gave Arizona the 62nd overall pick in the draft, as well as a 2020 fifth-round pick. The Dolphins acquired a quarterback who Arizona had traded up into the top ten in the 2018 NFL Draft to select, but then replaced him with Kyler Murray this year.

It’s almost Sunday and that means there are some things that we think are going to happen when it finally comes. We’re talking predictions on the latest episode of The Ocho from the BTB podcast.