5 questions the Seahawks might deign to answer for us vs. Saints 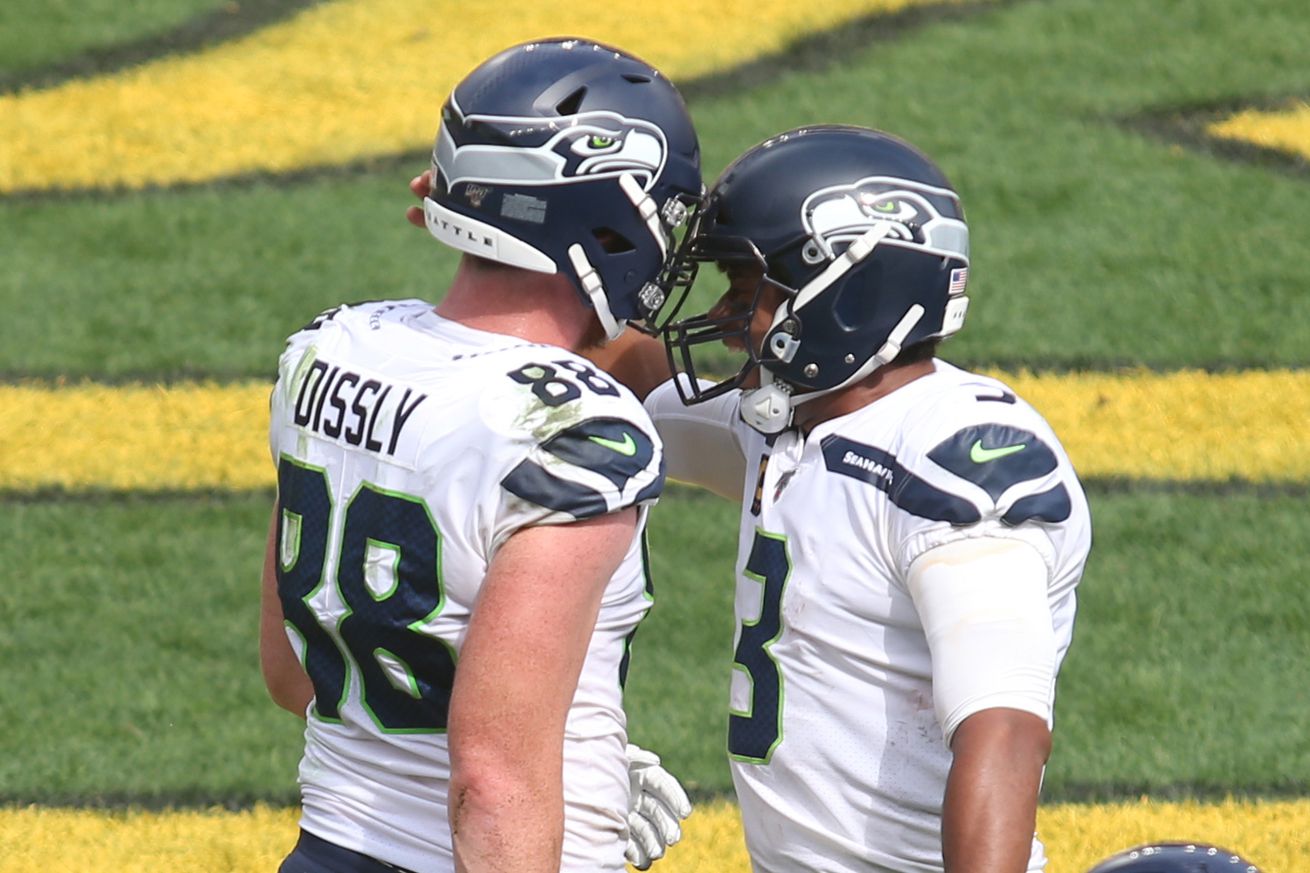 Moving to 3-0 would set a successful trajectory in place for the 2019 Seattle Seahawks. Since 1980, 76 percent of teams that start with three wins end up in the postseason.

If one is inclined to peek beyond the standings, though, there’s the real chance that five very important questions will be answered about the Seahawks by game’s end. (Some of them even more important than a single win, he said heretically.)

A) Hey, how exactly is Russell Wilson’s knee doing?

Wilson is not on the most recent injury report. Why should we even worry? Also! He’s indestructible! Case closed! Next!

Not so fast, optimist prime.

Wilson didn’t show any ill effects of his awkward slide — compounded by the shit field, fix your shit field, Steelers — for the rest of the game, but it’s not past Pete Carroll to play coy with his QB’s knee. Best to make the Saints prepare for a fully operational Wilson, including those devastating fourth-quarter keepers. We’ll find out soon enough if he’s at maximum mobility.

B) Is Lano Hill an answer in the defensive backfield?

With Tedric Thompson limited in practice this past week, officially questionable on the injury report and unofficially questionable in the minds of many fans after his Week 1 blunders, Hill will no doubt get snaps. If he gets starter playtime, like he did Week 2 in Pittsburgh with all 56 of the defensive snaps, and makes the most of them, or at least plays mistake-free, the Seahawks could be one step closer to solving the safety issue that’s plagued them since Earl Thomas’ intense, telling, beautiful, ominous middle finger ended an era.

Hill feels like he’s been on the roster forever, but he’s only 24. There is no reason he cannot be a long-term answer. Just because he isn’t ET or Kam Chancellor (NOBODY IS, NOBODY WILL BE) is no reason to discount his potential. Not every member of the secondary has to be a star, not if you have Bobby Wagner and Jadeveon Clowney messing people up a level or two closer to the ball.

C) Is Quinton Jefferson for real?

He seems to think so. After the Cincinnati game (two sacks, two TFL, two batted passes) he told reporters “I’m a player in this league.” He didn’t mean he just gets paid legal tender dollars to suit up professionally. He meant he’s a force. He’s not wrong.

Most pressures this season (PFF)

The coaches showed confidence in Jefferson by giving the most snaps of any defensive lineman in Week 2, and while he was disruptive at times, he didn’t fill the stat sheet like in Week 1. A big showing Week 3 would indicate he’s taken a step forward. It would also indicate the Seahawks d-line is stacked like a trick deck of cards. Wait. Save that analogy for the Arizona game. Undo. Undo! Aw nuts.

D) How about Will Dissly? Star, or superstar?

I kid, but Dissly’s logged five full games as a starter and this is his average line:

Every time Dissly’s seen more than three targets, he’s scored that game. He has 10.7 yards per target in his career. Per target.

He still hasn’t played half a season. He’s still going to get better. Another monster game, or just another superior outing, and it might be time to consider him an explosive fixture of this offense.

His first teeder of Week 2, the score that tied things, and broke a nine-quarter scoreless streak by Seattle offenses in Pittsburgh, hasn’t gotten enough play. We are collectively sorry, Mr. Dissly, sir.

E) Is Travis Homer the next Thomas Rawls or Chris Carson?

As in, a late-round or undrafted gem, a running back with tools, drive and vision? Rawls and Carson were/are exactly that. And with Rashaad Penny having tweaked a hamstring in practice, someone lower on the depth chart might be called on to spell Carson. Why not Homer? Next man up, etc.

Of course, Carroll could just transfer Penny’s snaps to C.J. Prosise for an giant day and automatic win, because that’s what happens when Prosise is fed the ball, but that wouldn’t keep the game close midway through the fourth quarter, now would it.

The Winners and Losers of the 2019 Emmy Awards