Cowboys vs Dolphins: Writer predictions for Week 3 matchup with 0-2 Miami 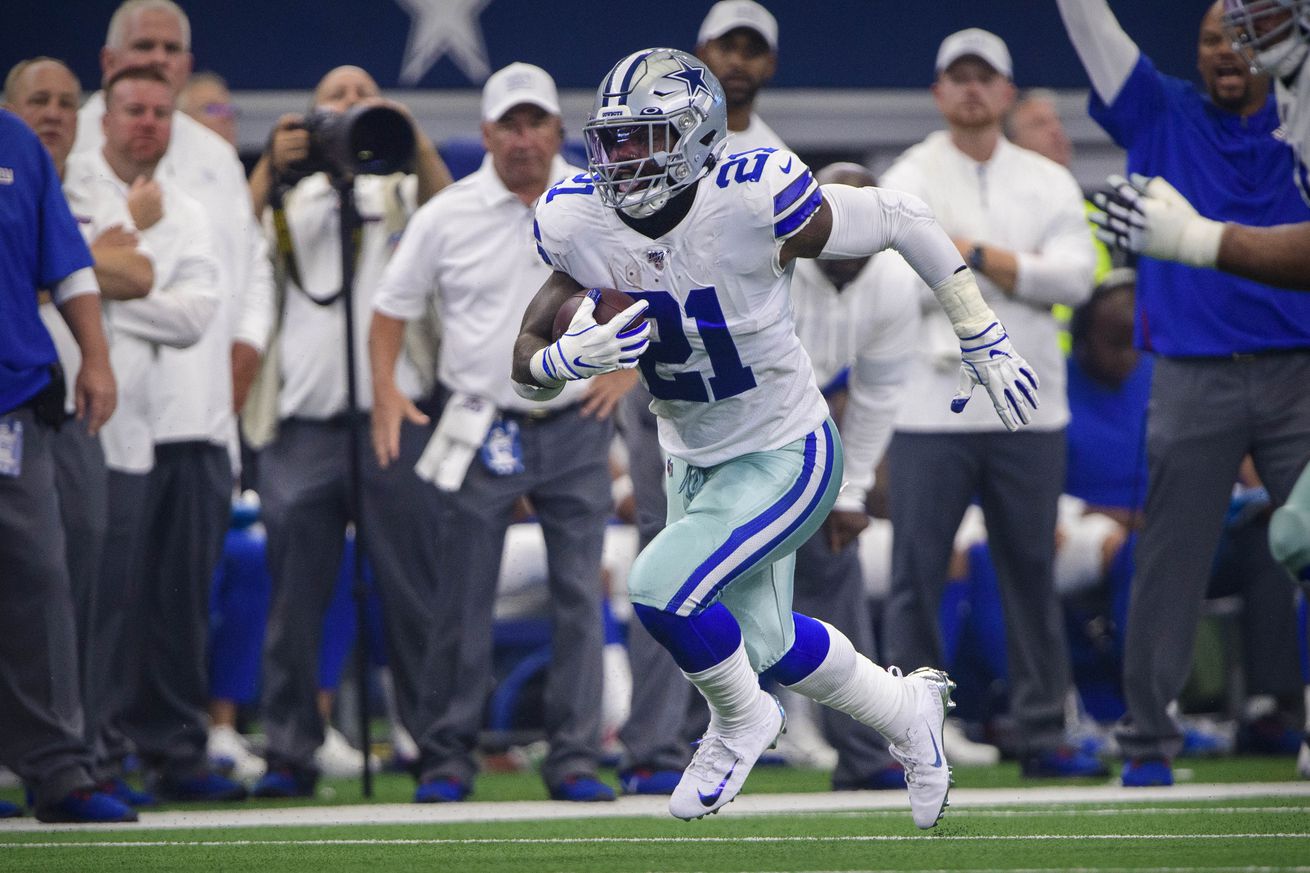 The Cowboys are heavily favored against the Dolphins.

The Cowboys are 2-0, the Dolphins are 0-2, and these two will meet on Sunday in the mismatch of the week. Will the Cowboys be able to take care of business though they will be without several key players? Will the Dolphins find a spark with the newfound change to Josh Rosen at quarterback?

When Miami has the ball:

Without Tyrone Crawford, Antwaun Woods, and Xavier Woods on defense, the Cowboys will need their backups to take advantage of this opportunity. The Dolphins are just not very good, ranking dead last in just about every offensive category. Miami has only scored 10 points in two weeks, are -6 in turnovers, average 160 yards passing, and 31 yards rushing. Even with some notable absences, the Cowboys cannot allow this Dolphins team to find success and make a game of this.

The Cowboys need to put pressure on Josh Rosen, who can be a little reckless with the football. Kenyan Drake is a solid running back but he’s not good enough to create much on his own. The current state of the Dolphins’ offensive line is similar to the current state of the Titanic wreckage. Even an altered Cowboys defensive lineup should find success against this group. Miami will have to live and die by the big play, the Cowboys will have to make sure they don’t have any lapses.

When Dallas has the ball:

It’s very rare to face an opponent that is both the worst offense and worst defense but here we are. The Cowboys offense has been averaging over 400+ yards per game. They have the third-ranked passing offense, the sixth-ranked rushing offense, and are fifth in scoring offense. The Miami Dolphins are allowing well over 300 yards passing per game as well as nearly 200 yards rushing. This is a mismatch of two teams going in separate directions, the Cowboys should find very little resistance from the Dolphins’ defense.

Now onto the predictions from your BTB writers...

I think this game could be a little sloppy at times and the Cowboys end up settling for too many field goals early on. It wouldn’t surprise me if they only took a one-score lead into halftime. The offense eventually gets rolling, and the defense tees off in the second half. Look for it to be a sack-fest, with turnovers galore. The defense finds the end zone. Cowboys roll, 40-10.

The Dolphins won’t be the pushover like many expect and Josh Rosen will get the offense moving more than they have been in past weeks, but at a certain point the Cowboys’ clear talent advantage will take over. Cowboys win 38-17

You know how you sometimes feel a little bad for the fans of the opposing team? But you can’t really be bothered because your team won in a blowout and who really cares about those guys in another NFL city anyway? That feeling is called “Forty-Burger Sadness.”

Watch for it on Sunday.

I think this is a methodical grinding game where Dallas just slowly strangles the Dolphins. The Cowboys will own the time of possession and yardage battles and win something like 26-9 or something like that. This game will never really feel in doubt.

I think the Cowboys are out to make a statement with this game - and given the way the Dolphins have been playing this year, it is going to be a loud one. Ezekiel Elliott is going to have over 150 yards in total offense, Dak Prescott will extend his streak of 18 straight completions, and the defense gets their first interception of the year and a handful of sacks. Dallas wins 42-10.

This game is likely to start out with the Dolphins scoring first just like the Giants and Redskins before them. Despite this, Miami’s momentum will be short-lived as the Cowboys slowly press the gas pedal down on offense, putting points up that Miami cannot counter. Ezekiel Elliott will be fed in bunches and have two touchdowns on the day. The Cowboys defensive line will notch six sacks with Robert Quinn contributing half of them. Dak Prescott will throw for over 300-yards and two touchdowns. Dallas throttles Miami in the second-half, 38-10.

Reggie Bush celebrated with USC RB Markese Stepp after a touchdown, leading to a penalty