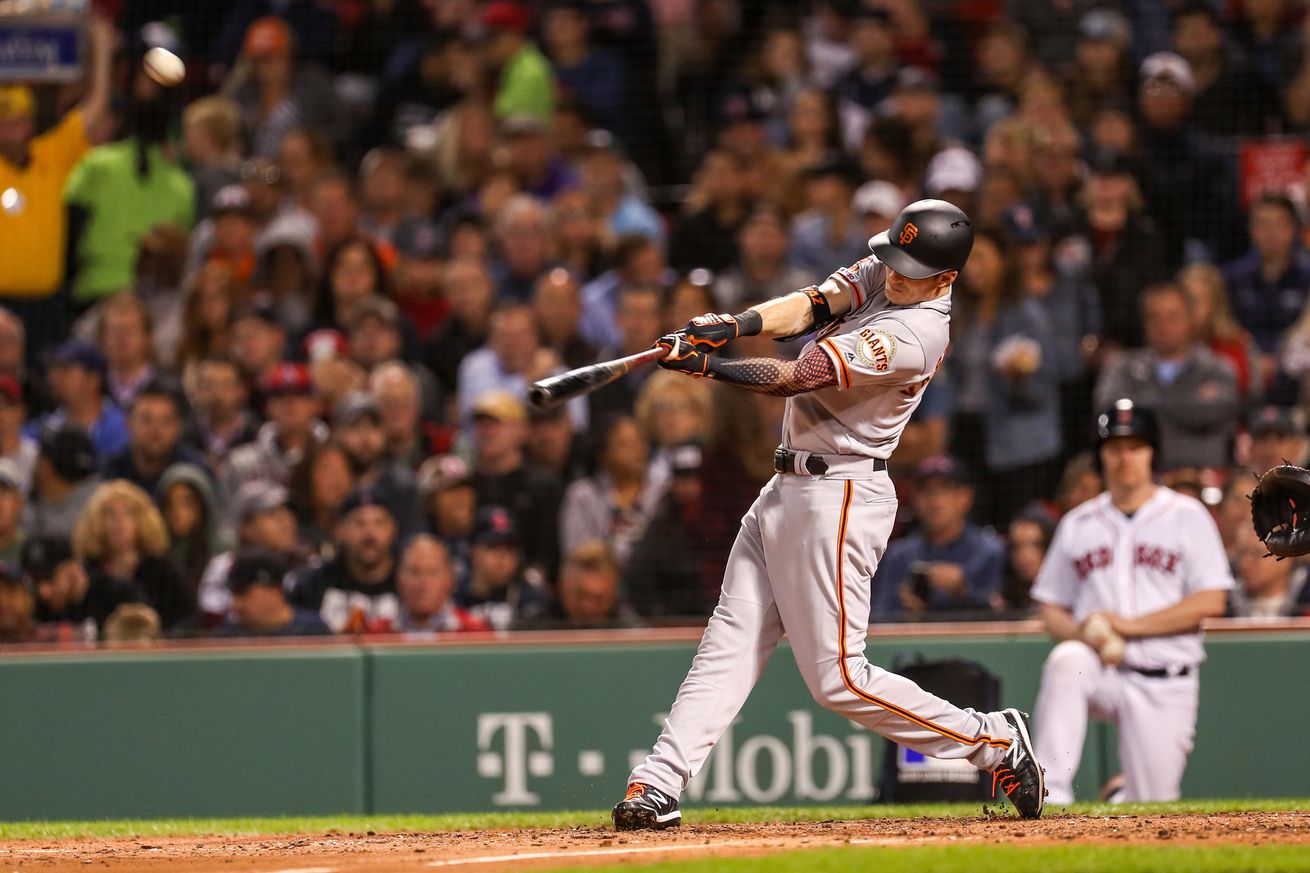 Yaz’s home run Tuesday night was a milestone in ways you realize, and also in another way you probably don’t

As baseball nerds fans, we all have our own favorite fun facts and trivia. One of mine: You can field an entire team from back-to-back MVP’s. Have fun trying to name them all. But if we’re talking about Giants-centric facts, my obsession is with a fact that isn’t all that fun. It’s actually pretty depressing when you think about it.

When Mike Yastrzemski homered Tuesday night, most of the attention was on the fact he did it in his first game at Fenway Park, where his Hall of Famer grandfather played his entire 23-year career — a remarkable accomplishment.

Some highlighted another remarkable accomplishment: Yastrzemski became the first Giant to hit 20 home runs as a rookie since 1972 (Dave Kingman, 29) -- especially impressive given he hasn’t played nearly an entire season.

But he also joined another very select club, of which I don’t think many are aware. A few clubs actually, each smaller than the previous -- like the Russian nesting doll of records.

Since the Giants moved into Pac Bell/SBC/AT&T/Oracle in 2000, they’ve gotten 36 20-homer seasons (less than two a year) from 20 different hitters. Kevin Pillar joined that club on the first day of September. Evan Longoria (19) and Brandon Belt (17) are within shouting distance, so the Giants could have four 20-home run hitters this year alone. They would’ve had a shot at five had Pablo Sandoval stayed healthy (although they have had to invent a new position so everybody could play).

Within that 20-home run club there are 12 right-handed hitters and three switch-hitters, who combined to account for 25 of the 36 seasons. That leaves just 11 20-homer seasons from left-handed batters. Barry Bonds had seven of them. That means only three left-handed hitters have ever hit 20 homers in a season for the Giants since the park opened. The list:

Huff was the Giants third choice at first base in free agency following the 2009 season. He was coming off a season with a .694 OPS season and 15 home runs while playing the vast majority of the year in a bandbox (Camden Yards). After 2010, he would hit 13 more home runs in the majors.

Crawford was thought of as an all-glove, no-bat shortstop, who had a career-high 10 home runs the year before, but only had 26 career homers in over 1,600 at-bats. In the four years since 2015, he’s never topped 14 in a season.

Say what you will about the rabbit ball, Yastrzemski is about to reach a milestone many before him have failed to reach despite better odds — just ask Brandon Belt, who had 18 homers in 382 at-bats before losing the last two months of his 2017 season to a concussion. It’s an accomplishment only a couple of others have managed in 20 seasons. And he’ll do it despite having a relatively little opportunity, and after showing scant evidence of the ability to do so. That deserves to be recognized and appreciated.

Couldn’t Be Me: Help, I work for an immoral company