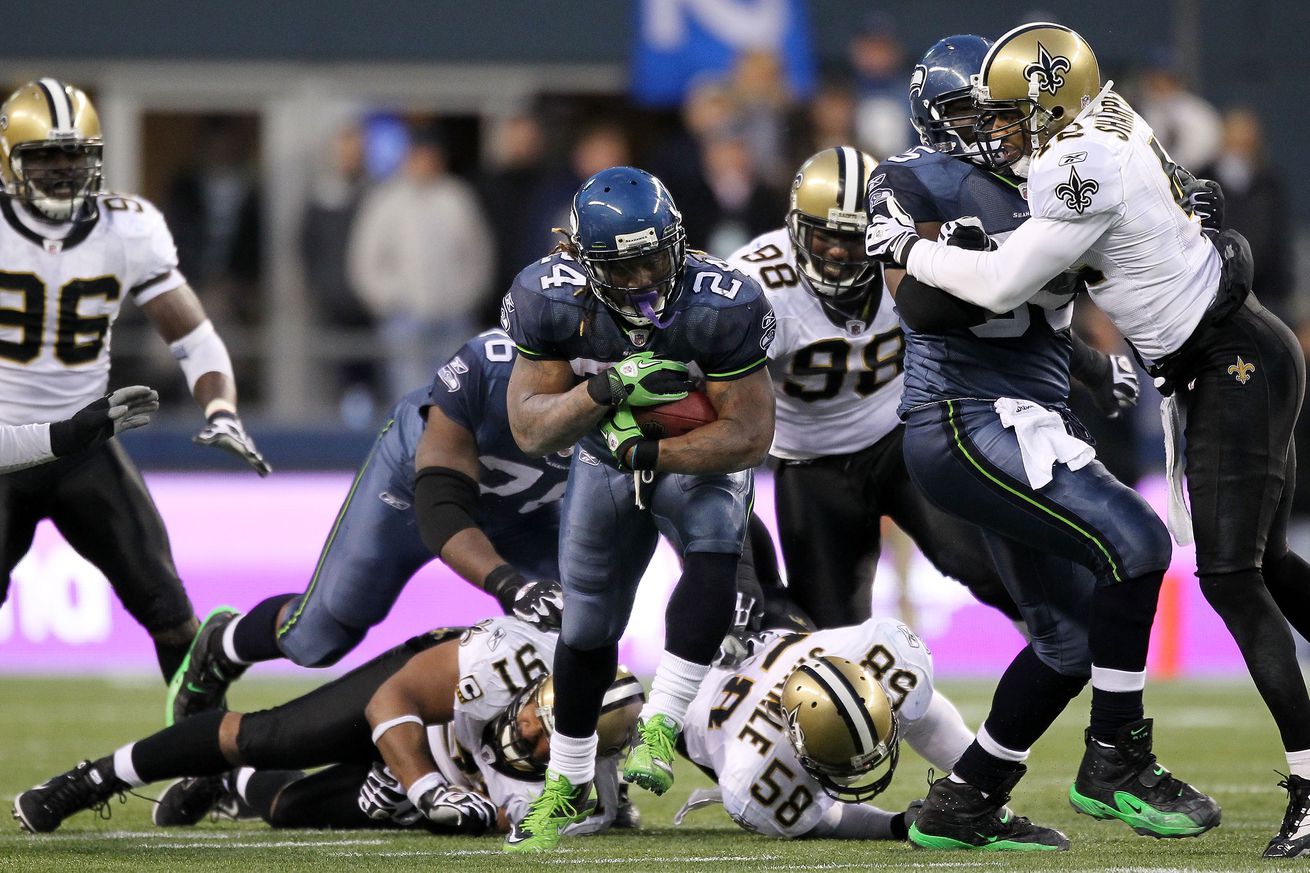 To celebrate its 100th season, the NFL and the Associated Press teamed up to rank the league’s 100 greatest plays of all-time. Think of it as a super listicle, only much more enjoyable to watch some of the most iconic moments in the sport’s history.

The Seattle Seahawks only had two positive plays on this list, and in fact there were more plays against them that made the cut. Richard Sherman’s infamous tip to Malcolm Smith to win the 2013 NFC Championship Game against the San Francisco 49ers ranked #58.

Fun Fact: Michael Crabtree has never scored a touchdown against the Seahawks.

As for the other good play, #13 was a no-brainer. Beastquake. I had to put “vs. New Orleans Saints” in the headline if only because he created another Beastquake in 2014. But you damn well know the original Beastquake trumps all, both for quality of the run and significance of the Seahawks pulling off one of the greatest upsets in NFL playoff history.

As for the bad plays that Seahawks fans may want to regret - #86 was Al Harris’ pick-6 of Matt Hasselbeck in the 2003 NFC Wild Card Game against the Green Bay Packers, as “We want the ball and we’re gonna score” became an immortalized quote. At #80 featured Antwaan Randle El’s touchdown pass to Hines Ward to cement Super Bowl XL for the Pittsburgh Steelers, who reportedly gave Bill Leavy and Jerramy Stevens both Gatorade showers for their terrific contributions en route to victory.

Number 25 was Bo Jackson flying down the sidelines on Monday Night Football for a 91-yard touchdown run, continuing through the KingDome tunnel. Lastly, coming in at #5 was something that happened in Super Bowl XLIX that we will not talk about. Luckily the Seahawks weren’t the only NFC West team victimized by an ill-fated goal-line pass in the Super Bowl.

In case you’re wondering, numero uno was the Immaculate Reception, beating out “The Catch” by the late Dwight Clark for top spot. I’m sure Oakland Raiders fans (or anyone who hates the Pittsburgh Steelers) would object on the grounds of Terry Bradshaw’s pass hitting off of Steelers RB John Fuqua (which would’ve made it an incomplete pass based on NFL rules at the time) and/or the ball hitting the ground before Franco Harris could collect and score.

The Winners and Losers of the 2019 Emmy Awards

“Hi, I’m Involved in a Criminal Conspiracy”: Breaking Down Episode 7 of ‘Succession’